Another beautiful day was upon us.  The trail hugged Loch Lomond most of the day 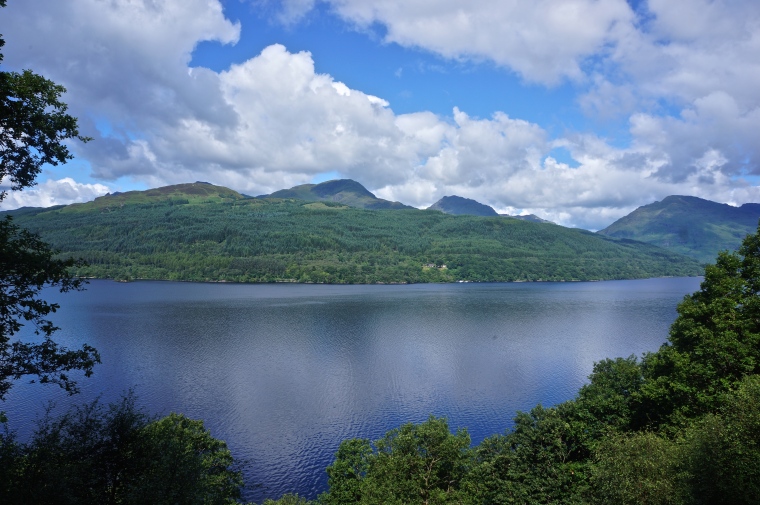 The first half of our day, aside from a few midges, and blister bandaging stops, was quite peaceful with lovely trails that were mostly smooth.  This allowed us to make it to Inversnaid for an early lunch.  The photos below show the final walk into Inversnaid, which took us over a bridge with a view of an enchanting waterfall.  Inversnaid lay nestled in the hillside above Loch Lomond.

The second half of our journey proved a bit different and was probably the most difficult stretch of our entire adventure.  Our last six and a half miles felt more like ten.  Leaving Inversnaid, the trail began to climb, 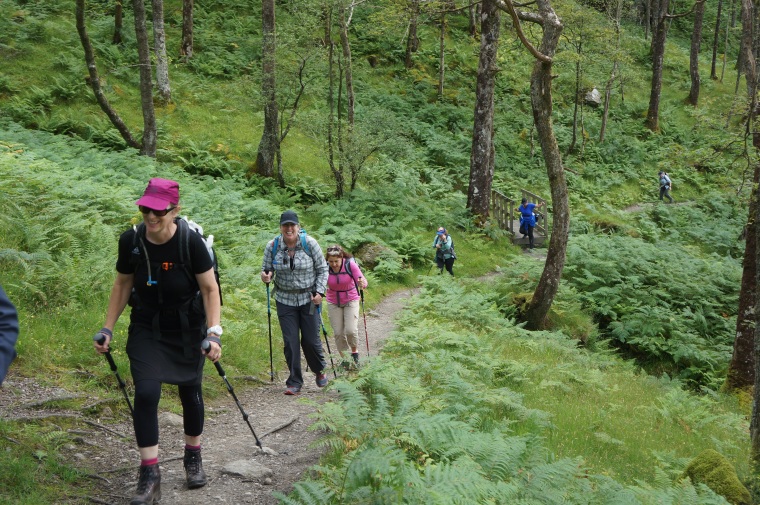 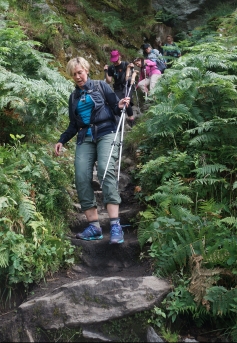 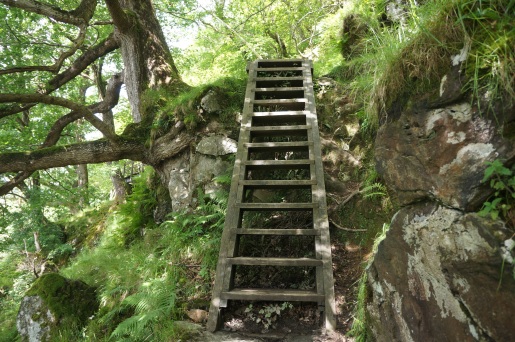 Eventually we made it out to better footing, walking through paths of ferns almost as tall as us.  It was gorgeous!

We came across an old house, and a bothie – a small hut or cottage open to hikers for sleeping or shelter during bad weather.  They are found along wilderness trails all around Scotland.  Bothies are free, and very simple as trekkers must bring their own sleeping bag, pad, stove and food.

Eventually we made it to the end of the loch.  Looking back reminded us how far we had already come, from one end of the loch to the other.  One of the most impressive things thus far – the vivid greenery of Scotland!   Seattle may be known as the Emerald City, but just doesn’t compare (at least not during the summer months)!  Couple the brilliant green hillsides with a deep blue loch and sky – magical!

The ups and downs and ferns continued as we hiked further and further away from Loch Lomond.  We started to wonder if we missed a turn-off to our hotel as the wilderness seemed to go on and on and on…

However, eventually we did see the finish line to this long challenging, yet beautiful day.  Seeing the historic Drover’s Inn Hotel was a welcome site to say the least!

Inside the doorway we were greeted by many furry creatures, one of which really stood out…

Up next Inverarnan to Tyndrum: 12.5 miles